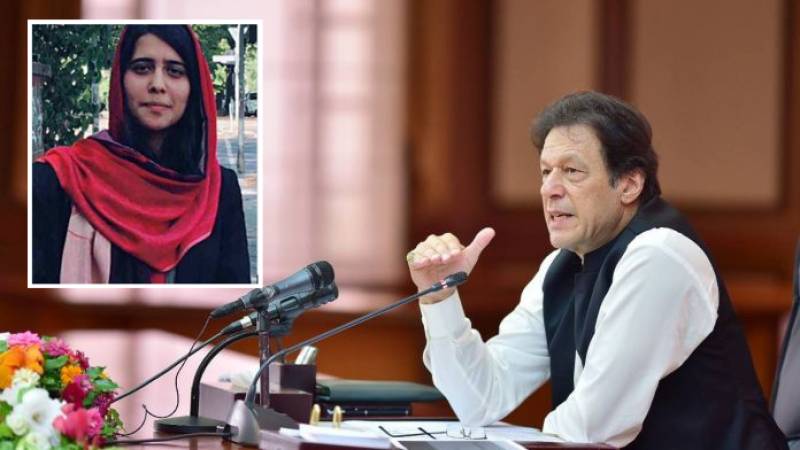 ISLAMABAD – Prime Minister Imran Khan cited discrepancies in the abduction of Silsila Alikhil as the probe findings contrasted with what the Afghan ambassador's daughter told the law enforcement agencies.

PM while speaking to a delegation of the Pak-Afghan Youth Forum in the country’s federal capital said the agencies had investigated the incident and checked the CCTV footage but no evidence was found that she was abducted.

Adding that, CCTV footage of the time of the incident shows the girl was traveling in a taxi without any fear while she claimed that she was put in a cab, taken away, and beaten up. There is a picture of that vehicle and she is doing fine while sitting there, Khan said.

The authorities had charted out the exact path taken by the Afghan envoy’s daughter, he mentioned saying that there were multiple discrepancies in the statement and since the girl had moved back to Afghanistan so there was no way to confirm what had happened.

However, PM added that the authorities will hand over all possible information to Afghanistan so they could question her.

ISLAMABAD – Prime Minister Imran Khan has directed the Ministry of Interior to apprehend the culprits involved in ...

Earlier, interior minister Sheikh Rasheed also dismissed claims that the daughter of the Afghan envoy to Pakistan had been abducted, saying they were part of an international conspiracy against Pakistan.

On July 17, the Afghan Foreign Ministry claimed that the daughter of the Afghan Ambassador to Pakistan Najib Alikhail was abducted and tortured by unknown persons on her way home Friday in Islamabad.

Later, Afghanistan called back its ambassador from Pakistan after the incident, with Pakistan terming the decision "unfortunate and regrettable."

A daughter of Afghanistan’s Ambassador to Pakistan Najibullah Alikhil was kidnapped and tortured before being ...