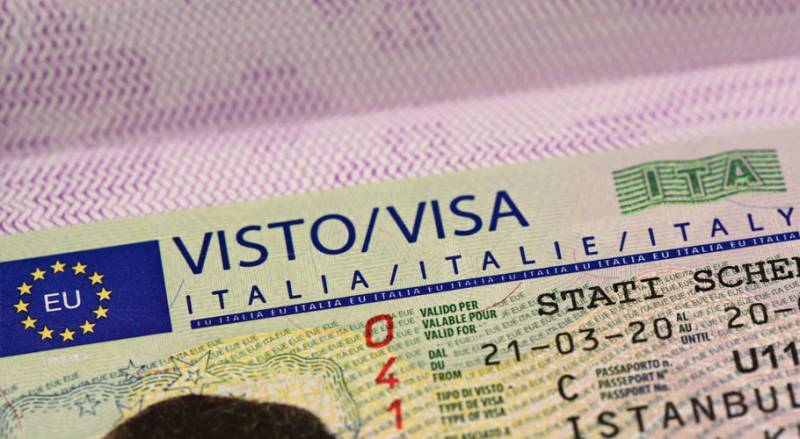 ISLAMABAD – At least 1,000 Schengen visa stickers have reportedly stolen from the locker room of the Italian Embassy in the country’s federal capital.

Reports in local media cited that the Foreign Office on Tuesday shared information with the Ministry of Interior and Federal Investigation Agency for appropriate action on the theft of 1,000 Schengen visa stickers from the Italian embassy. 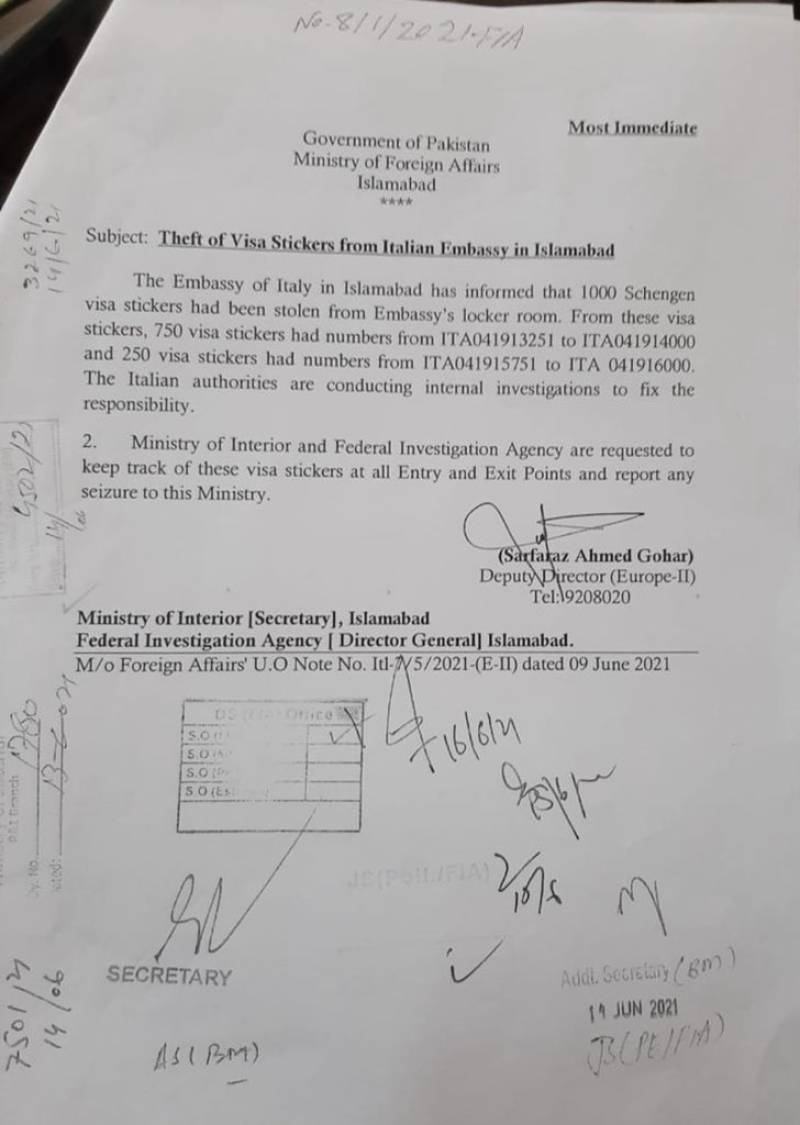 On June 16, the embassy wrote a letter to the Ministry of Foreign Affairs seeking its help in probing the theft of the visa stickers. It stated that 1,000 Schengen visa stickers had been allegedly stolen from the embassy’s locker room and shared the serial numbers of the stolen stickers.

It further stated that the Italian authorities were conducting internal investigations to fix the responsibility for the theft.

Responding to the theft, the Foreign Office asked the concerned authorities to investigate and keep track of these visa stickers at all entry and exit points and report any seizure.’

Responding to newsmen, FO Spokesperson Zahid Hafeez Chaudhri said the theft of visa stickers was reported to the Ministry of Foreign Affairs by the foreign diplomatic mission, after which the information was immediately shared with the concerned departments.

A Schengen visa is a short stay visa allowing the passenger to visit the Schengen areas per stays up to 90 days for tourism or business purposes. It enables trvallers to enter, freely travel within, and leave the Schengen zone from any of the Schengen member countries. There are no border controls within the Schengen Zone.