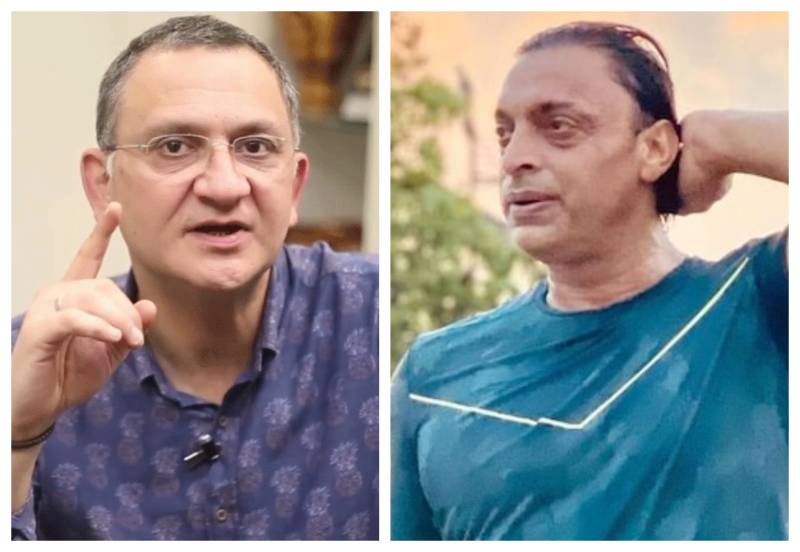 The internet has lately been abuzz following a row between former star cricketer Shoaib Akhtar and a TV show host Dr Nauman Niaz indulged in an unpleasant spat on national television.

The latest development involves Pakistan Television's (PTV) decision to take Akhtar and Niaz off-air. According to a statement issued, "neither Akhtar nor Dr Nauman will not be allowed to appear in any programme on PTV."

Reacting to the news, Shoaib took to his Twitter handle and called that the state-run channel's decision "hilarious".

"Well, that's hilarious. I resigned in front of 220 million Pakistanis & billions across the world. Is PTV crazy or what? Who are they to off-air me?" the 46-year-old tweeted.

I resigned in front of 220 million Pakistanis & billions across the world.

Moreover, the inquiry committee said that they had interviewed Niaz regarding the spat after which they forwarded the recommendation of taking Niaz off-air.

Meanwhile, the inquiry committee also summoned Shoaib Akhtar to appear before it, but he refused, saying that the committee should review the videos instead of asking him to appear it.

Niaz took issue with Akhtar’s comments and said: “You are being a little rude so I don’t want to say this but if you’re being over-smart then you can go. I am saying this on air.”

Once the show resumed after a break, Akhtar apologised to the guests on the panel and announced his resignation from PTV

The Rawalpindi Express was widely applauded for respectfully quitting the sports analysis show on national television in reaction to Niaz‘s obnoxious behaviour.

The internet has been lately abuzz due to the ongoing debacle where cricket star Shoaib Akhtar and Dr Nauman Niaz ...