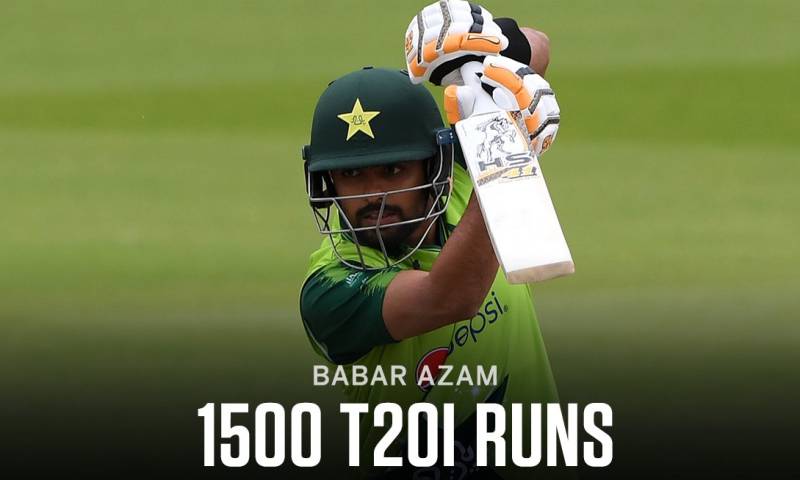 MANCHESTER – Pakistan’s T20I captain Babar Azam has become the joint-fastest batsman to reach 1500 T20I runs after completing the milestone in his 39th innings, during the second T20I against England at the Old Trafford in Manchester on Sunday.

The 25-year-old scored 56 runs off 44 deliveries before being dismissed by Adil Rashid.

Australia’s Aaron Finch and India’s Virat Kohli had previously reached the mark in the same number of innings as Babar.

Babar currently holds the first spot in the International Cricket Council’s (ICC’s) batting ranking for men, in the shortest format of the game.

Babar is currently the only batsman in the world who occupies a top-five spot in the ICC batting rankings of all three formats.