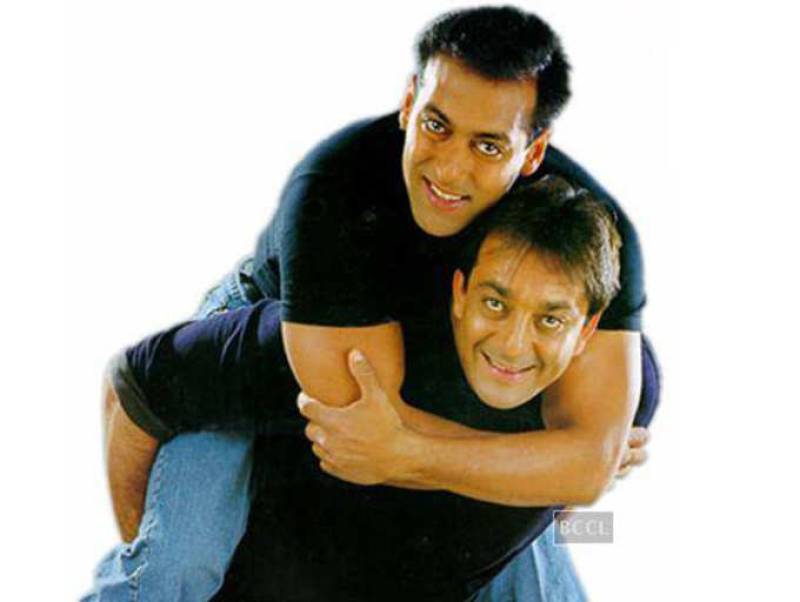 Bollywood star Sanjay Dutt turned 62 on Thursday. Fans and colleagues have been pouring in wishes for the actor on social media.

Another star Salman Khan took to Instagram and shared a throwback picture with Sanjay Dutt to wish him on his special day.

Salman shared a still from their unreleased film Dus. In the pictures, both the actors are seen wearing unbuttoned jackets. The still is from the song ‘Suno Gaur Se Duniya Waalon’. "Happy bday Baba @duttsanjay (sic)," he captioned the post.

Dus was being made in 1997. However, director Mukul S Anand passed away due to a heart attack during the making and the film was never completed. However, the songs were already running on TV and became very popular.

On the work front, Sanjay Dutt will next be seen in the film KGF: Chapter 2 as the antagonist Adheera. He will also be seen in Shamshera.

On the other hand, Salman Khan is shooting for Tiger 3.

One of the leading actresses of Pakistan Ayeza Khan has left her fans swooning with her latest dance performance in new ...