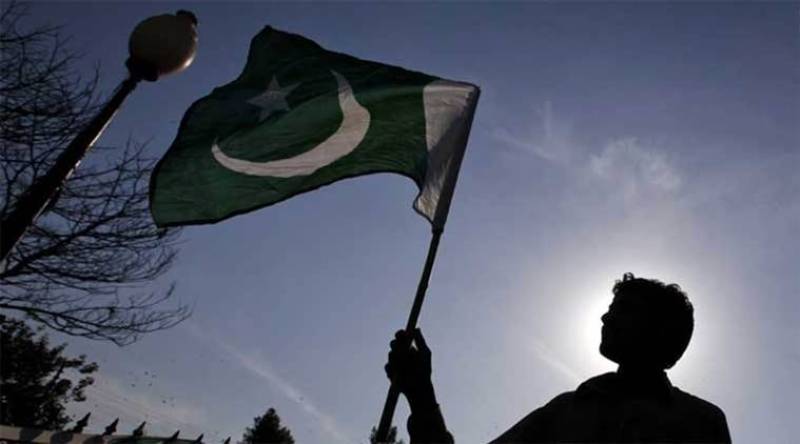 QUETTA – In a strange development in the country’s southwestern province, the provincial government of Balochistan has directed the heads of all departments other than the senior government officials to set ‘Pakistan Zindabad’ as their caller tone.

The notification issued by Balochistan’s Services and General Administration Department on September 29, the senior officials of the province were directed to set the patriotic caller tone which the notification named ‘Ring-Back Tone’.

The decision was reportedly taken at a meeting chaired by Chief Secretary Balochistan, while the notification was signed by a section officer of the Services and General Administration Department. 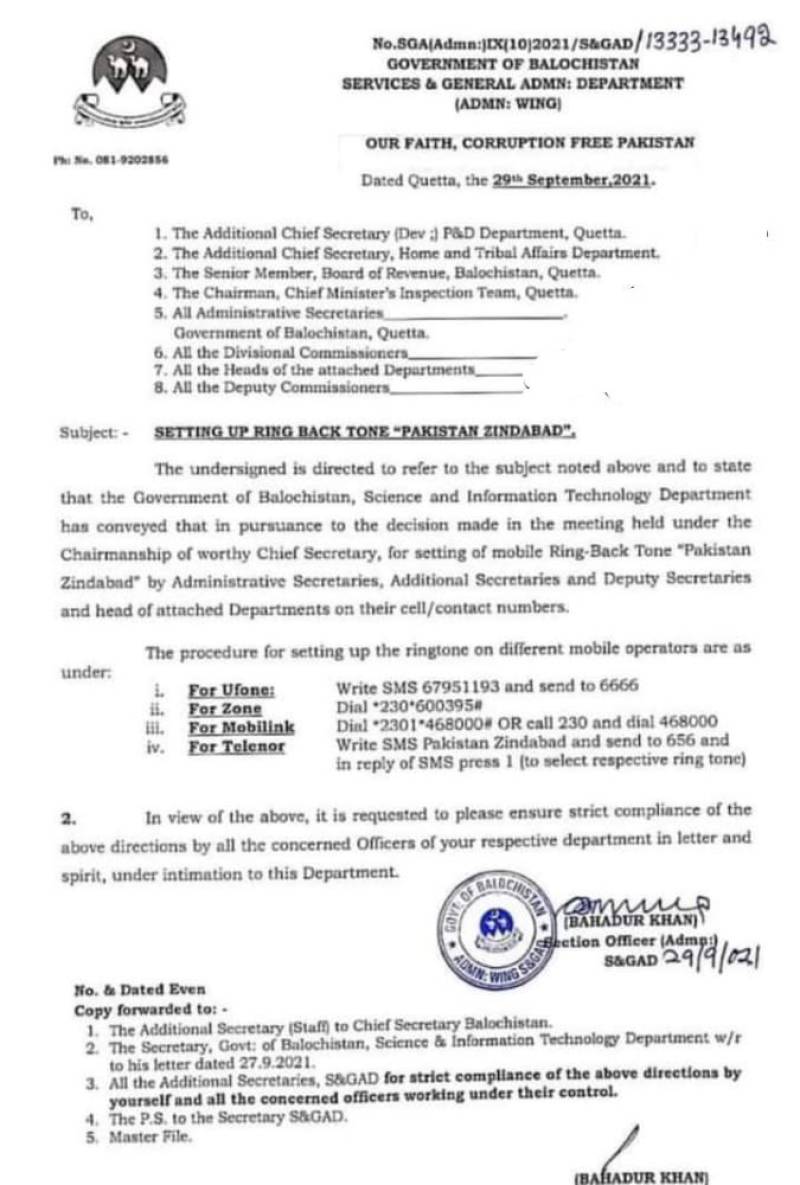 In a bid to educate the officials, the notification also added the procedure to set the caller tone for all the mobile networks.

The recent development by the Balochistan government also raised a number of questions as the idea also depicted a sense of ‘forced patriotism’ as no other province has been issued such directives.

Journalist Mubashir Zaidi while commenting on the matter wrote "Why Balochs are asked to say Pakistan Zindabad every time? Why aren't we sure that they are more patriotic like us?"

Meanwhile, the ‘mandatory caller tone’ is a song of Pakistani singer and composer Sahir Ali Bagga which was produced in collaboration with the Inter-Services Public Relations in 2019.

BIRMINGHAM - The Edgbaston Cricket Ground was painted green on Wednesday (June 26) and the 24,000-odd raucous Pakistan ...