‘No place for violence in politics’: US condemns shooting of ex-Pakistani PM Imran Khan 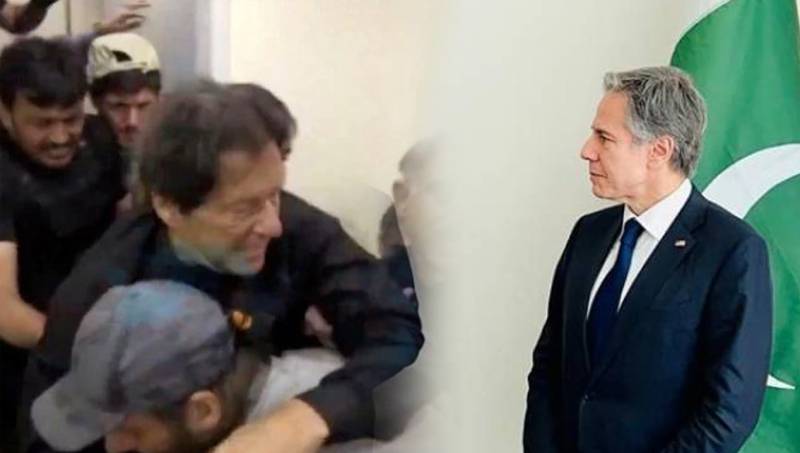 WASHINGTON – An ‘assassination attempt’ on the ousted Pakistani premier and PTI chairman has been strongly condemned by the United States.

Reactions poured out from across the globe as Pakistan’s populist leader was shot in the leg during an anti-government march in Punjab’s Wazirabad.

As global media catches the air of the shooting incident, the United States strongly condemned gun attack on Imran Khan, and called for peace.

In a statement, US State Secretary Antony Blinken said there is no room for violence in politics. “We wish him and all others injured a quick recovery, and we offer our condolences to the family of the individual who was killed,” he wrote on Twitter.

The U.S. strongly condemns the shooting of @ImranKhanPTI at a political rally. We wish him and all others injured a quick recovery, and we offer condolences to the family of the individual who was killed. All parties should remain peaceful. Violence has no place in politics.

PTI chief, who received a bullet wound to his right calf, is reportedly in stable condition. In viral clips on social media, several party leaders and workers of the former ruling party were also hit by the spray of gunfire; an activist also lost his life in the attack.

Meanwhile, the assailant is in custody. In a video statement, he confessed to assassinate Imran Khan, not anyone else, saying the PTI chief mislead the masses.

Hours after the deadly attack, the PTI chief issued a statement through his close aides, saying he had information about the attack. The defiant politician then named PM Shehbaz Sharif, the federal interior minister, and the senior army officer as the people behind the assault.

He also warned of nationwide protests if these officials are not removed from their positions, saying Pakistan country cannot move forward in this manner.