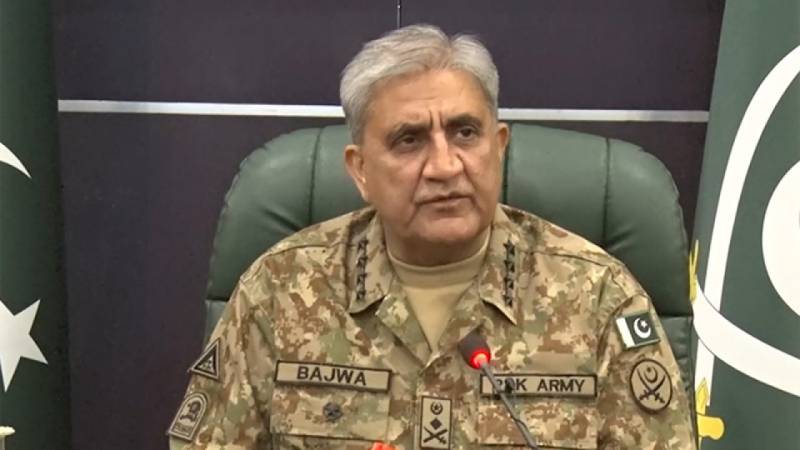 RAWALPINDI – Chief of Army Staff (COAS) General Qamar Javed Bajwa reiterated that lasting peace in the region is not possible without resolving the dispute as per Kashmiris aspirations, the military media wing said Thursday.

Gen. Bajwa in the tweets said that the continuation of violations of human rights as well as of international laws in the Indian occupied Kashmir posed a threat to the regional peace adding India also attempts to bring demographic changes in the occupied territory which will further aggravate the crisis rather than solving it.

...Resolution of #Kashmir dispute as per #UN Resolutions and aspirations of Kashmiri people is imperative for enduring peace and stability in the region”#COAS. (2/2)

Adding that, “Resolution of Kashmir dispute as per UN resolutions and aspirations of Kashmiri people is imperative for enduring peace and stability in the region”.

The message was shared on the completion of two years of the revocation of Article 370 by the Modi-led BJP government.

Youm-e-Istehsal is being observed today (Thursday) to express solidarity with the oppressed Kashmiri people on completion of the two-year military siege of Indian Illegally Occupied Jammu and Kashmir (IIOJ&K).