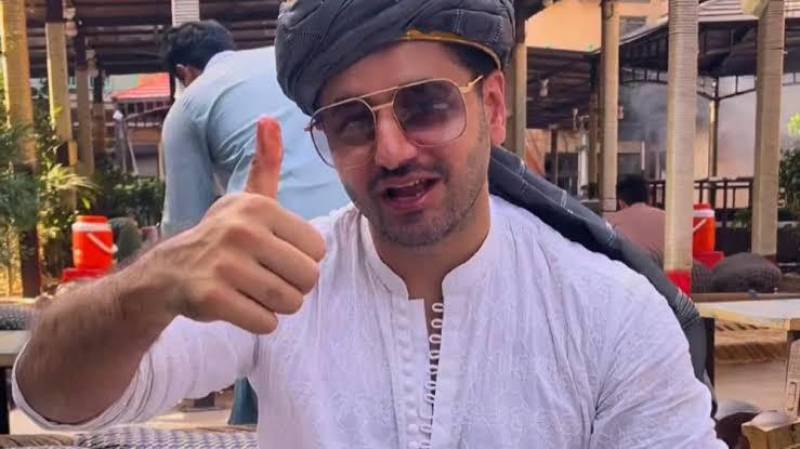 Popular food critic and restauranteur Adeel Chaudhry has put Pakistani culture and cuisine on the global map as he became the first Pakistani connoisseur to be featured in the world renowned magazine Forbes.

The owner of popular restaurants Junoon and Bohat Aala in Lahore has become the most-viewed Pakistani food vlogger in the world for 2022 with million of views on social media.

Adeel Chaudhry was humbled the recognition he got from the world’s leading magazine, Forbes. The food enthusiast shared a heartfelt note on his Instagram on Tuesday. He wrote in the caption,

'Humbled and cant be more thankful to Allah and my followers for this achievement and ending this year being Proudest Pakistani. First Pakistani Food Connoisseur ever to be featured in worlds Leading Magazine. Thank you @forbes for recognising Pakistani Cuisine as one of the best in the world and featuring a proud Pakistani and thank you @sonja.rehman for penning down an amazing article.

Divided by Borders united by Food. A big step towards my goal of putting Pakistani Food and its culture on global map through #bohatalaa Pakistani cuisine with hundreds of millions of views internationally.'

'And a big shout out to all the amazing Chefs, content Creators, hard core foodies Of Pakistan for doing amazing work to promote Pakistani food and my Followers you all are #bohataala ????❤️????????

(Forbes link in my Bio)', read his caption.

Forbes magazine did an exclusive story about the food influencer who shared his goals to help put Pakistani food on the global map.