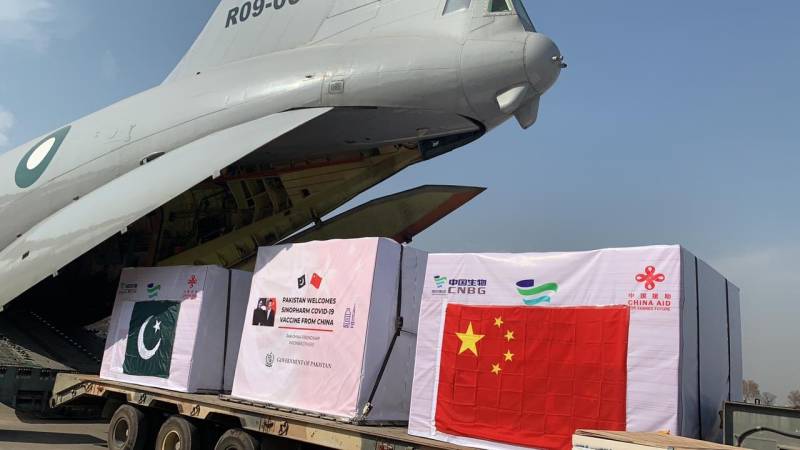 KARACHI – At least 10,000 doses of single-dose Chinese vaccine Convidecia had arrived at Karachi Airport in the first week of April and are gathering dust at a warehouse in Sindh capital.

Sources said the Drug Regulatory Authority of Pakistan (DRAP) is waiting for official paperwork to release the consignment imported by a private firm.

According to an official of the National Health Services, Regulations and Coordination (NHS,R&C), the shipment of single-dose Chinese vaccine was imported by AJM Limited, a private firm, and it was to be supplied to three hospitals including Aga Khan University Hospital, Karachi, Shaukat Khanum Hospital in Lahore and Shifa International Hospital in federal capital but the whole process has been halted for now.

The NHS official also blamed the drug authority for the delay in the release of the Russian vaccine Sputnik V. Adding that it did the same when 50,000 doses of Russian vaccine arrived in Pakistan and remained unused for over a month due to pricing controversy.

The private firm importer said CanSino Biologics Inc’s single dose is the most suitable vaccine for Pakistan as its trials were held in three major cities of the south asian country where over 15,000 people were recruited for these trials.

ISLAMABAD – Pakistan has approved the emergency use of the third Chinese Covid vaccine, CoronaVac, the ...

Earlier in February, Pakistan had approved China’s CanSino Biologics Inc’s COVID-19 vaccine for emergency use while the Government also purchased 60,000 doses of the Chinese vaccine last month, which are currently being used to vaccine senior citizens along with the disabled.

ISLAMABAD – At least 112 people lost their lives due to the third wave of the novel coronavirus infection while ...