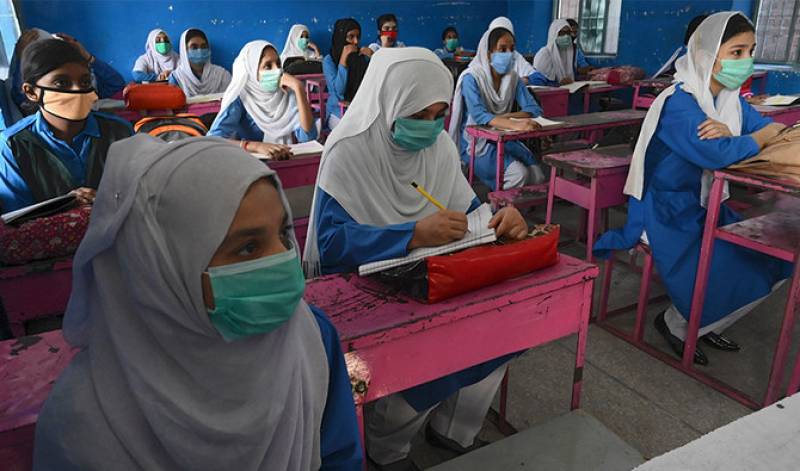 ISLAMABAD – As students were awaiting for a decision about closing the schools amid an alarming rise in Covid cases, Pakistan’s top monitoring body on Covid postponed the decision regarding the closure of educational institutions in today’s meeting.

Reports in local media said the National Command and Operations Centre (NCOC) did not make any decision in today’s meeting while ministers have decided to meet again on Tuesday with fresh data to discuss the deteriorating situation.

Earlier today, Punjab health minister Yasmin Rashid said the officials do not favour the closure of schools. “We don't want the schools shut since education has already suffered enough,” she said.

On Sunday, National Command and Operation Centre (NCOC) announced to review the decision to close schools amid the rising trend of coronavirus cases across the country.

Reports claimed that officials will review a new set of Covid induced SOPs to be put forth in today's meeting, with its focus on schools and the education sector. Officials will also discuss ways and means to prevent the spread of novel diseases in educational institutions.

Last week, a meeting of the Inter-Provincial Education Ministers Conference (IPEMC), which was convened to decide on the closure of schools, was deferred. Federal Minister for Education and Professional Training Shafqat Mahmood also tested positive for coronavirus.

LAHORE – Punjab Education Minister Murad Raas on Thursday spoke about the closure of schools amid reports that ...

The development comes as authorities warned of a fifth wave of infections and made preparations to try to contain the fast-spreading Omicron variant.

On Saturday, NCOC urged the Sindh government for necessary measures to tackle the rising coronavirus cases. Meanwhile, the situation in the country’s largest city Karachi is growing graver with every passing day as the positivity ratio of the city climbed close to 40 percent on Sunday.

As of Monday, at least 4,340 new COVID-19 cases were reported in Pakistan while seven deaths pushed the death toll to 29,019. The positivity ratio was jumped to 8.71pc after 49,809 tests were conducted and the overall cases have reached 1.328 million, while the recoveries stand at 1.26 million.