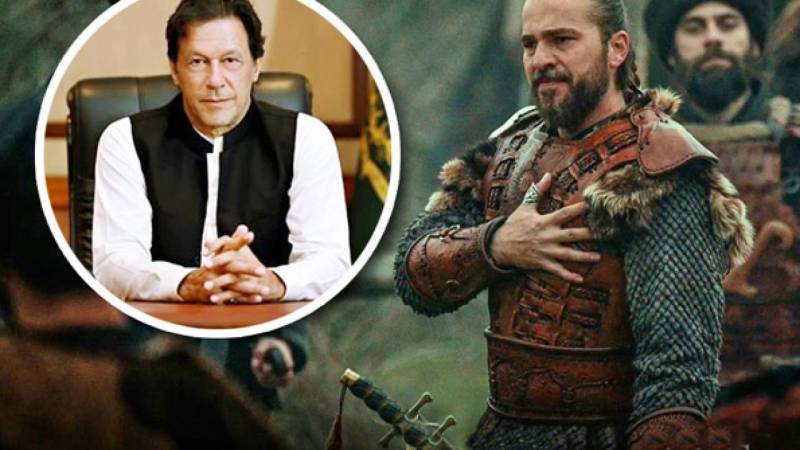 ISLAMABAD – Prime Minister Imran Khan, who foresees victory for Palestinians in their struggle for self-determination amid the Israeli barbarism, has impressed the oppressed citizens as one of the journalists from the Gaza strip sang high praises of the premier.

Speaking virtually on a morning show of a private news channel, the Palestinian journalist Jalal Al Fara acknowledged Prime Minister Imran Khan’s massive support. Khan’s endeavors to bring peace to Gaza earned him the title of ‘Ertuğrul Gazi’ [a fighter and hero from Ottoman Empire] from Palestinian journalist. Fara, who hailed PM’s narrative against violation of humanity and international law, called him ‘Ertugrul of this era’.

A Palestinian Anchor Person Says :
"#ImranKhan I want to give you a name which is #Ertugrul You are #Ertuğrul of this era and I also want to say about #ShahMahmoodQureshi that you are #SaddamHussain of this Era as you say O Land Of #Palestine we are for you...#CNNExposed #Israel pic.twitter.com/PTnJhXf71P

Responding to a query of the host, the Palestinian journalist marked Pakistan on top other than Egypt among the list of countries that played the key role in the de-escalation of Israeli strikes that have killed at least 250 unarmed civilians including 66 minors.

Besides acclaiming the premier’s stance and unflinching support to Palestine, Fara also hailed Pakistan’s Foreign Minister Shah Mehmood Qureshi who urged the UN Security Council to issue a call for an end to Israel's devastating violence against the Palestinians in Gaza, saying ‘it is time to say enough’.

The foreign guest titled Qureshi as Saddam Hussein [the former Iraqi leader]. You are the ‘Hero of the Islamic world’, and Palestinians greet you from the bottom of their hearts as we sight your courage and bravery with our own eyes’, he added while praising the PTI leader from the south Punjab.

On Friday, Israel and Hamas have reached a ceasefire agreement to end 11 days of deadly airstrikes attacks that pounded the Palestinian enclave and killed around 250 people.

Israeli Prime Minister Benjamin Netanyahu’s office confirmed the “mutual and unconditional” ceasefire after a late-night meeting of the Security Cabinet, saying it had unanimously accepted an Egyptian proposal but that the two sides were still determining exactly when it was to take effect.