Watch – Fire breaks out at PEL electronics factory in Lahore 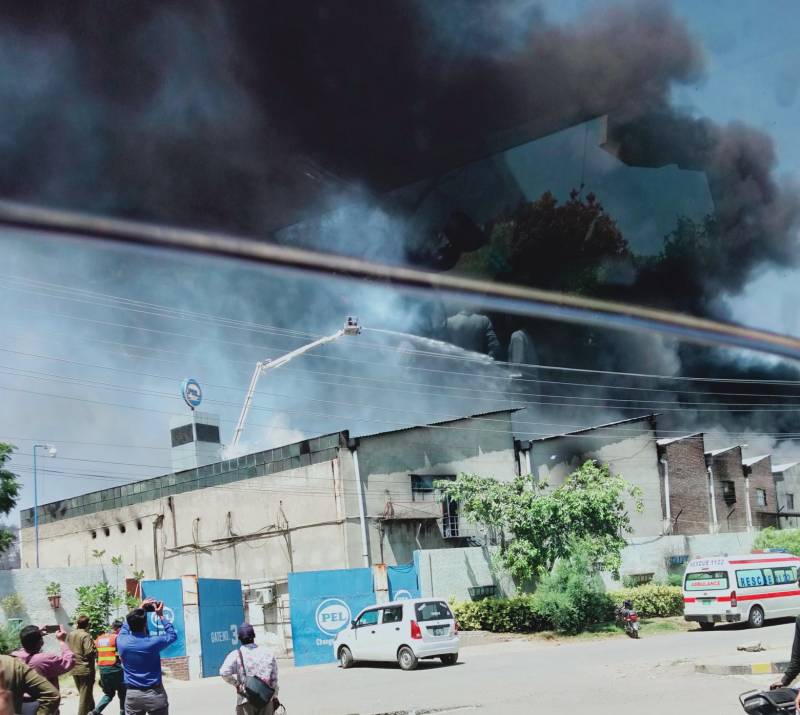 LAHORE – A massive fire that broke out at PEL electronics factory on Saturday has apparently been extinguished.

Videos and images on social media showed black clouds of smoke billowing into the sky at the Walton-Ferozepur Road.

Just passed PEL factory in Lahore and it's on fire. Thick smoke.
They manufacture appliances and high power electrical equipment.

No loss of life was reported from the incident and fire tenders were reported to have extinguished the flames.

Reports in local media suggest the fire started at the assembly line of the factory. However, the cause of fire is yet to be ascertained.

GUDDU – A mysterious fire that erupted in the audit room of Guddu Thermal Power Plant Station Saturday turned the ...

All the labourers at the factory were safely rescued as the blaze has spread over an acre of the land.

Goods worth millions were reduced to ashes in the fire. The Lahore commissioner has set up a committee to probe the fire incident while Punjab Chief Minister Usman Buzdar has taken notice of the incident.