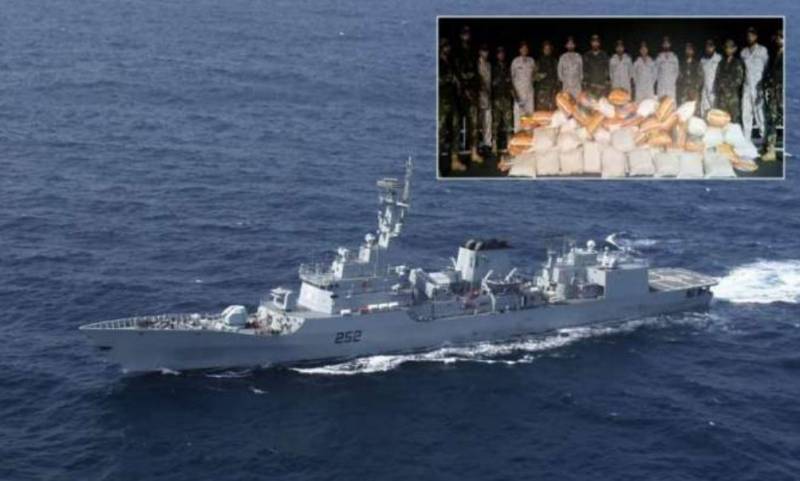 ISLAMABAD – Pakistan Navy has seized a huge cache of drugs worth billions in the latest intelligence-based counter-narcotics operation in its territorial waters.

In a statement, the media wing of the Pakistan Navy said the naval forces launched an anti-narcotics operation in the Arabian Sea and seized drugs amounting to nearly Rs15 billion ($64.8 million) in the international market.

Naval officials, maritime security agencies and customs members took part in the counter-narcotics operation in which nearly 1,500 kilograms of drugs were seized.

The narcotics including more than 586 Kg of Ice crystal and 864 Kg of heroin were recovered during the operation, while the arrested smugglers and drug cache were handed over to Customs authorities for legal proceedings, a Navy spokesperson said.

Another successful operation by the country’s naval forces resulting in the seizure of narcotics was evidence that Pakistan Navy was vigilant to restrict illegal activities in maritime zones and synergize efforts of Maritime Law Enforcement Agencies in ensuring the security of our waters, the statement added.

The country’s forces have seized huge cache of drugs at its border crossings with neighboring war torn nation in recent times, as land forces remained alert, the maritime personnel have also kept a check at sea.