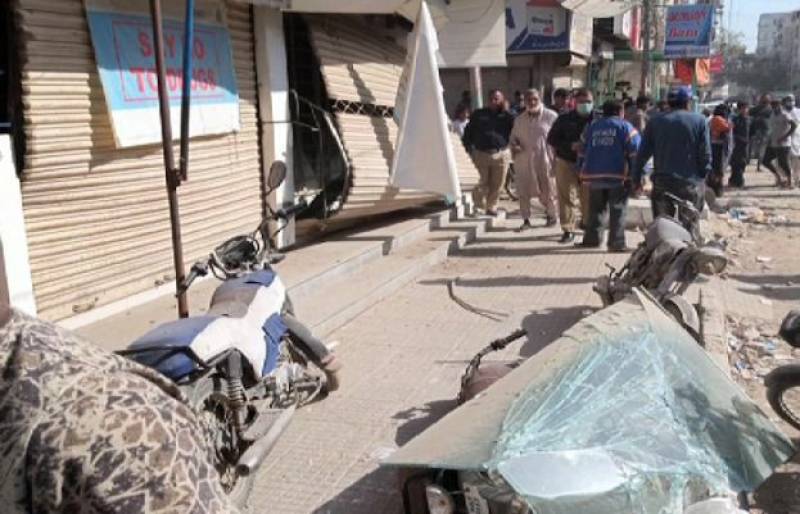 KARACHI – A blast took place inside a private bank near the Paposh Nagar area of Karachi on Friday.

No casualties were reported however the explosion damaged the windows and gates of the premises.

The security forces cordoned off the area however the nature of the blast is yet to be determined.

Blast inside a bank at Paposh Nagar in district central. According to the police report, nobody was present inside the bank because of public holiday. According to BDS, blast happened because of gas inside water tank in a flat above bank. Area has been declared cleared#TOKAlert pic.twitter.com/7yVTMn15vH

As per the police officials, the blast also damaged a vehicle and several motorcycles in the vicinity.

SSP Murtaza Tabassum said the blast occurred inside the bank. He added that the Bomb Disposal Squad had also arrived at the scene and the nature of the blast was being assessed.

RAWALPINDI – At least twenty-five people have been injured in an explosion near Ganj Mandi police station on ...