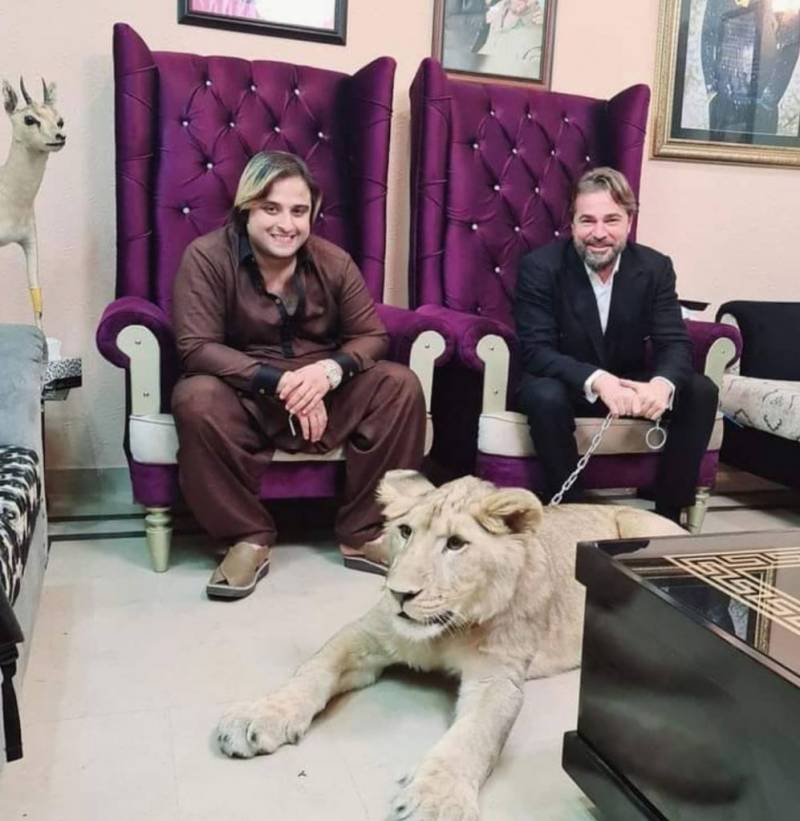 LAHORE – Mian Kashif Zameer, a Sialkot-based businessman, has revealed that he will again host Turkish star Engin Altan Düzyatan, who played the lead role in popular Diriliş: Ertuğrul series, during the actor's second visit to Pakistan next month.

In an exclusive interview with Daily Pakistan, the TikToker said that Mr. Altan would reach Pakistan on January 12 or 13 next year.

Kashif said it should have been matter of pride for people that he had brought Ertugrul star to Pakistan, but sadly, the event was spoiled by painting him in bad light.

Responding to a question, Zameer said that the Turkish actor had comforted him when he was embroiled in controversies of defraud. “He had said to me don’t get upset as good and bad times come and go,” the tiktoker said.

Zameer said that Engin also assured him that contract worth $1 million will not be disbanded.

The businessman also challenged that he will give Rs30 million to a person for proving the gold jewelry he is wearing fake.

He also revealed that the Turkish star had liked the food cooked by his wife for him than restaurants’.

Lamenting negative attitude of some elements, Zameer said that he could bring Bollywood stars Salman Khan, Sharukh Khan and Amitabh Bachan to Pakistan if he was supported.

On December 17, a court in Punjab capital city granted bail to Zameer in a case related to issuing threats to a reporter of a private news channel.

Kashif was held by Lahore police in a raid led by SSP Investigation for hurling threats at a private TV channel reporter, Hammad Aslam. His security guards were also taken into custody.

According to the police, the accused had resisted arrest.

A day before his arrested, the Sialkot-based businessman had said that the million-dollar deal with Mr. Altan was made for advertising of his companies’ products, including clothing and glass.

Kashif revealed that half of the amount was paid to the actor in advance and remaining will be handed over to him after shooting for the advertisements of the products.