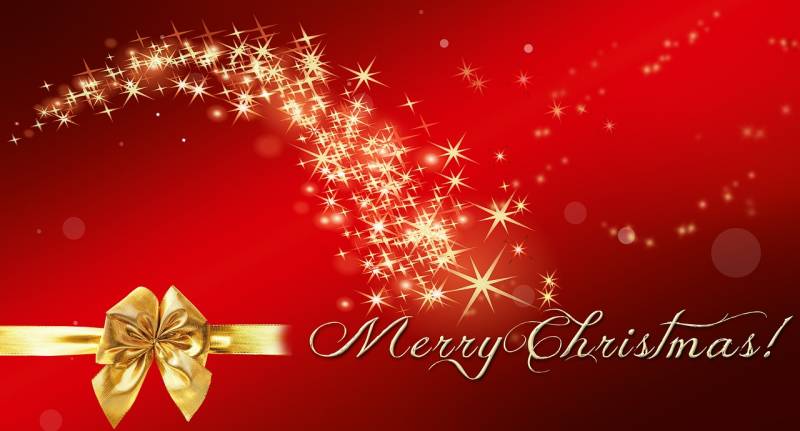 It's that time of the year when a rose is not called a rose, and many of us pretend to sound more modern and inclusive than we are. When we say seasons greetings and avoid wishing a Merry Christmas to those who would really love to hear the latter instead of the former.

But its not a Pakistani or a Muslim problem. Its an exotic affliction that cannot befall us.

One, blessings known to us but unknown to the rest of the world: the template our enlightened ancestors used when converting the rest of our ancestors who were not all that enlightened, at least at the time of conversion and thus fell for Islam with such an ease.

Two, benefits unknown to us but known to the world. This piece talks about one such blessing.

For the other two combos, you try your math,as the main deal of this piece is not delineating a foursome taxonomy. Its merely to give food for thought, and help celebrate a benefit of being a Muslim that the rest of the world appreciates but we don’t seem to know.

That great benefit, from the 2nd combo, is having celebratory routines that are not stuck in rigid routines in the larger scheme of things. Which is like having better wine along with good wine.

All Muslim festivals, such as Eid al Fitr, Eid al Adha, and Shab-e-barat, et al (and others) while following an annual calendar don’t follow the fixed calendar that the world follows.

Take Christmas. It always falls on the same day every year; at least for the last 2018 years it has fallen on the same frigid cold day. Whereas, Muslim-fests traverse the entire year, and you get one back in the same week-and-a-half after 36 years,and hardly ever on the same date.

This to me seems like polygamy of another kind where religious festivals enjoy courtship with different seasons; not stuck with one season, one day, and one time of the year.

Most Muslim men would joyously agree with me in finding this fixation of a festival falling on the same day so boring - in juxtaposition to exhilarating and touring mobility of Muslim fests.

But, this is not the main point of this piece. The key issue is, how to wish others on their festivals! The way they would like, appreciate and enjoy;or the way we like to spoil their fun!

That is where this modern binary pops up to spoil the fun under the banner of multicultural inclusion -where concerns for secular sensitivity of some trigger religious displeasure of others.

The banal binary – Merry Christmas vs. Seasons Greetings – I say is a lame choice.

Lame in the sense that if it were to be applied to our festivals and the way we like to be greeted on Eid. Imagine someone saying ‘Azadi Mubarak’ on the first Eid!Although for many of those who pretend to fast, its nothing less than a freedom from a month long holy pretension.

In Pakistan, however, we have another excuse to muffle Christmas celebrations for an already muffled minority Christians because of two great leaders’ birthdays falling on 25th December.

You guess it right, the other is Mr. Jinnah, who often celebrated his birthday at some bar. The first has been flown to Lahore to almost follow the founder of Pakistan’s routine, by cutting his cake behind the bars.

So, here is a very merry Christmas to my Christian friends; and seasons greetings to those who live in colder places but are vacationing at warmer places in the Southern Hemisphere.