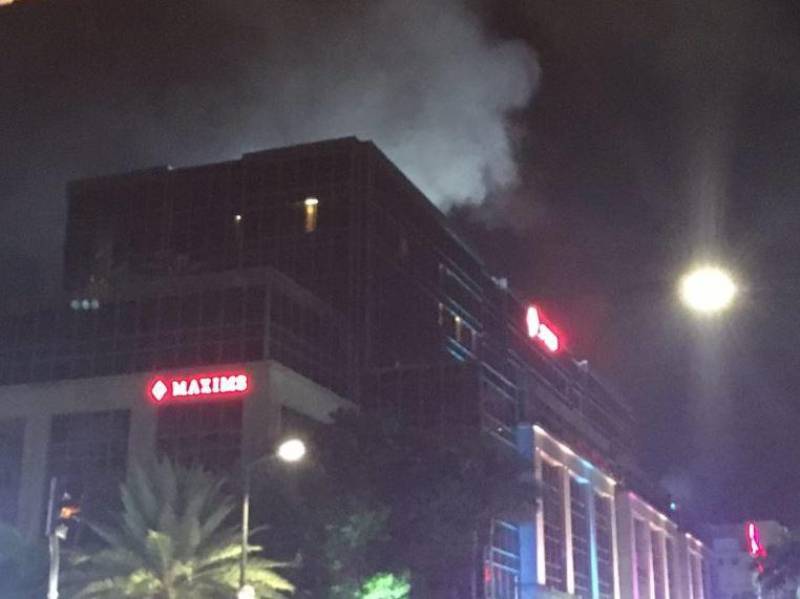 MANILA - Resorts World Manila, a massive leisure complex next to the Filipino capital’s international airport, remains on lockdown after reports of a shooter running rampage inside one of its hotels. Philippine Red Cross says at least 25 people have been injured, local media report.

Thick smoke coming off from the top floor or Resorts World Manila. Gunshots were allegedly heard by people inside the casino area. pic.twitter.com/LeiTXdePCM

“The resort is a popular location with British and other foreign tourists, and the area remains on lockdown for the moment,” RT correspondent Charlotte Dubenskij said by phone from Manila.

Islamic State has claimed responsibility for the attack, via a channel it normally uses to report on its uprising against the government in the province of Marawi, SITE Intelligence Group reports.

Hotel staff fleeing their workplace told local media that a masked gunman appeared on the second floor of a hotel inside the complex, which is home to a shopping center, casino and movie theater. The Philippines Fire Protection Bureau has warned that a fire has broken out on the same floor.