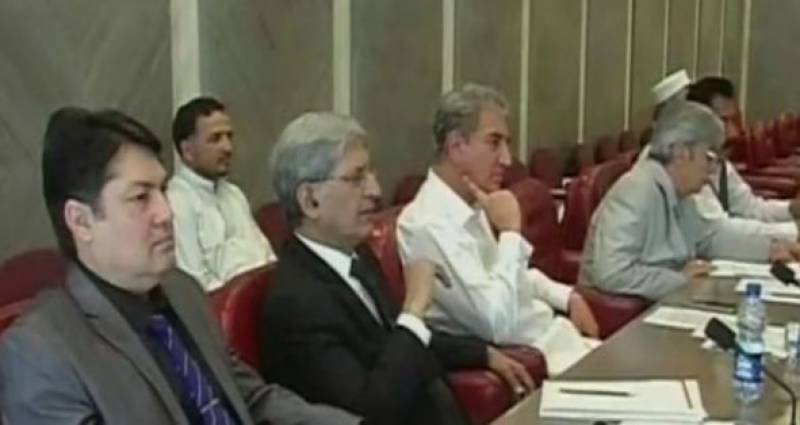 ISLAMABAD (Web Desk) - The Parliamentary Committee on Panama Papers, in its meeting in Islamabad on Friday, discussed fifteen questions proposed by the joint opposition.

The government members, however, did not accept the questions and proposed their resubmission.

The government side also circulated among the members a document mentioning relevant legal provisions and comments relating to the fifteen questions.

The Committee agreed to continue its discussion on the Terms of Reference in subsequent meetings.

The opposition members stated that they had proposed to drop question numbers twelve and thirteen subject to the acceptance of the remaining thirteen questions by the government members.

Mr. Zahid Hamid, MNA, has been included in the committee in place of Khawaja Muhammad Asif. There will be no ex-officio member of the committee.

The committee will hold its next meeting at 4:00 p.m. on Monday at the Parliament House in Islamabad.

Talking to media after the meeting, Committee member Aitzaz Ahsan said the opposition's ToRs had been put before the committee.

He said these ToRs were comprehensive, and efforts were underway to create a consensus on them.