US sees Pakistan useful only in clearing mess in Afghanistan: PM Imran 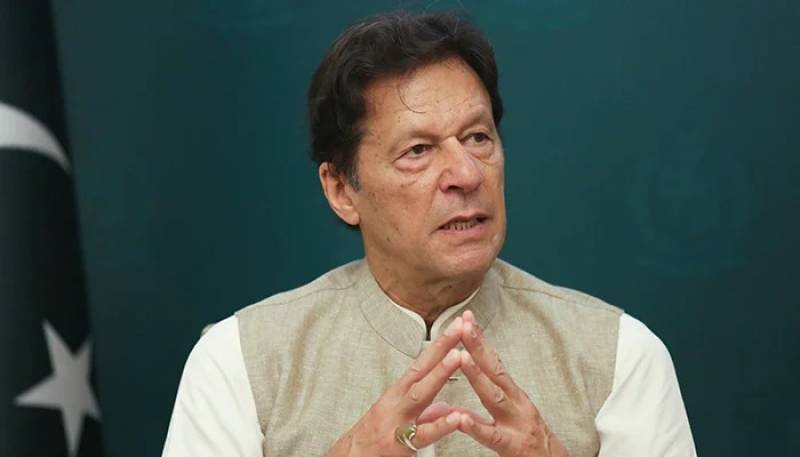 Prime Minister Imran Khan says the US sees Pakistan useful only in clearing the "mess" it is leaving behind in Afghanistan after 20 years of fighting.

Responding to a question during a session with foreign journalists in Islamabad, the Pakistani prime minister dispelled the impression that he was waiting for US President Joe Biden's phone call.

Joe Biden has not contacted the Pakistani premier since he took charge in January this year.

"I keep hearing that President Biden hasn't called me. It's his business. It's not like I am waiting for any phone call," he said.

Khan’s remarks follow National Security Adviser (NSA) Moeed Yusuf saying that Washington's lack of initiative to interact with Islamabad was beyond his understanding.

“The president of the United States hasn’t spoken to the prime minister of such an important country who the US itself says is make-or-break in some cases, in some ways, in Afghanistan — we struggle to understand the signal, right?” Yusuf said in an interview.

The Pakistani prime minister has clarified that Islamabad is not taking sides in Afghanistan. "I think the Americans have decided that India is their strategic partner now, and I think that’s why there’s a different way of treating Pakistan now," Khan said.

Khan said Pakistan had "made it very clear" that it would not want any American military bases on its soil after US forces exit Afghanistan.

Also, Khan reaffirmed Pakistan's resolve to support the Afghan peace process and urged the international community to reinforce these efforts because peace in Afghanistan was a shared responsibility.

The prime minister outlined Pakistan's consistent support for an inclusive, broad-based and comprehensive political settlement. He underscored the importance of resolving issues through dialogue and diplomacy. On Afghanistan, he reiterated there was no military solution and that a negotiated political solution was the only way forward.

Pakistani forces clashed on Thursday with hundreds of Afghans stranded on Pakistan's side of a commercially vital border crossing with Afghanistan after its closure by the Taliban.

According to Pakistani security officials, clashes broke out after a 56-year-old Afghan traveller died of a heart attack as he waited in the dusty heat to enter Afghanistan via the Chaman-Spin Boldak crossing.

A Pakistani official on the scene said protesters carried his body to a local Pakistani government office demanding the border be reopened. Some began throwing stones at security forces, who responded by firing tear gas and charging the protesters with batons to disperse them. No injuries were reported.