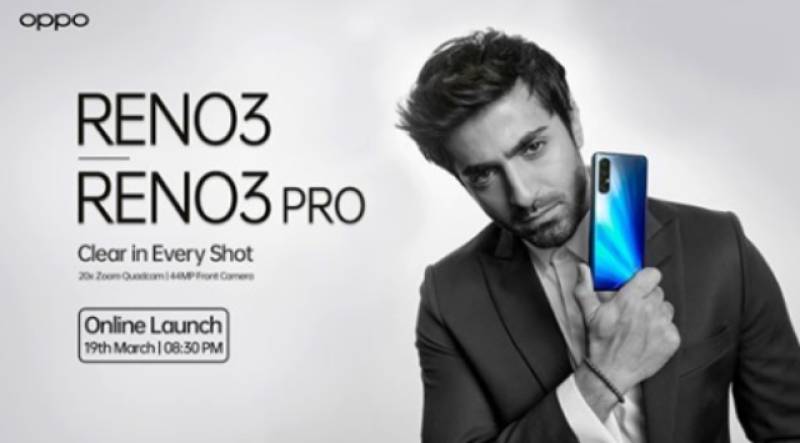 OPPO is here yet again with another smartphone series, which has left the consumers awestricken.

OPPO Reno3 and Reno3 Pro have set a new gold standard for the next generation of smartphones. Coming hot on the heels to Find X series, the Reno3 series also stole the show with its impeccable features. The Reno3 series is beautiful with modern sculpture, giving OPPO users a reason to flaunt their phones.

The Reno3 series feel lighter and slimmer than the previous smartphones manufactured by OPPO with a thickness of 8.1mm and a weight of 175g. The phones come in 3 colours Midnight black, Sky white, and Auroral blue. Reno3 comes with 8GB RAM, 128GB storage, whereas Reno3 Pro has an 8GB RAM + 256GB ROM. Both the phones have a 3-card slot and dual SIM slots with expandable storage. The Reno3 series run ColorOS 7, based on Android 10. The 4,025mAh battery can be fast-charged at 30W with OPPO’s VOOC 4.0 system, which according to the company will get you from 0 to 50-percent full in 20 minutes and 100 percent in 56.

The Reno3 series introduces a ground-breaking design with a spectacular all-screen display that specifically follows the curve of the smartphone, clear to the gracefully rounded corners. The phones come with a 6.4-inch 20:9 1080p OLED panel with an in-display fingerprint sensor. It has a pill-shaped hole-punch cut-out for the two camera modules.  The main one is a 44-megapixel sensor, apparently a world first, and it’s backed with a 2-megapixel sensor for depth-of-field information. Overall, the display gives an immaculate effect where the pixels make hole punch glow brightly when you face unlock.

Reinvented front and back Cameras

OPPO phones are always big on camera technology. The Reno3 series cameras will enhance the quality of images and capture every moment of the user’s life flawlessly. Consumers can take high selfies with ease. From candid snapshots to capturing scenic landscapes, the Reno3 series is an asset to the consumer's photographic brain. With the new OPPO Reno3 series, every moment will be an opportunity to take and craft pictures.

Designed for a cutting-edge future

OPPO, the selfie expert has once again astonished the users with its Reno3 Series. Additional details are yet to be revealed by the brand in the digital launch happening on 19th March 2020, where Shehreyar Munawar will be unboxing the phone for the very first time and unveiling the excellent features of the smartphone to the viewers.  Following the launch, OPPO is set to launch Enco Free. These headphones are OPPO’s first wireless audio products, which are embedded with ultra-dynamic speakers, giving consumers a powerful, and detailed audio experience.

OPPO has always gone one step over and beyond with its smartphones, setting new benchmarks in the tech industry.