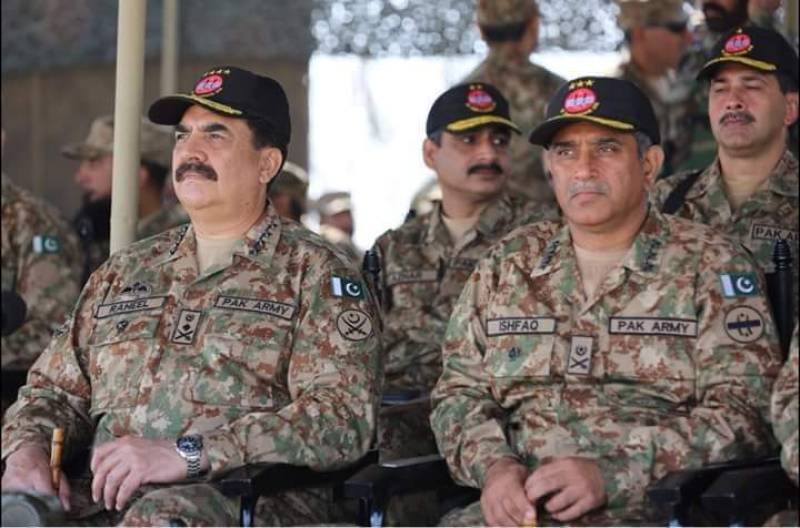 Lieutenant General (Retired) Ishfaq Nadeem passed away due to a cardiac arrest on Friday.

He was a close companion of former Army Chief General Raheel Sharif.

In 2013, when General Raheel Sharif took charge as army chief of Pakistan, he immediately appointed General Ishfaq Nadeem as chief of general staff.

His services for the Pakistan Army are innumerable. However, he mainly served as director general of Military Operations and the Chief of General Staff.

It is a less known fact that he was the mastermind and core power behind the Zarb-e-Azb Operation.

The Zarb-e-Azb Operation was the largest and most successful military operation that freed Pakistan from terrorism.

At the time of this operation, General Ishfaq Nadeem was appointed director-general of military operations. The entire operation became successful under his command.

Gen Ishfaq belonged to 34-AK and he commanded a strike infantry division. He also led a successful military operation in Swat. He was also Chief of Staff of Strike Corps Mangla as Brigadier and was rated as one of the finest soldiers in the Pakistan Army.

Belonging to Nila (Chakwal), Gen Ishfaq was born in the family of highly respected Ahmed Khan Qureshi, who was on the engineering side of Radio Pakistan until his retirement.

Ishfaq had done Staff College Camberley and was an outstanding officer with exceptional grades.