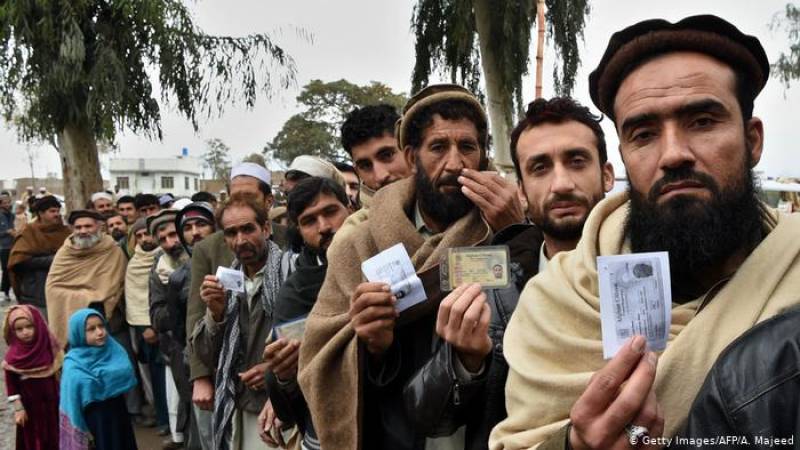 Foreign Minister Shah Mahmood Qureshi said on Saturday that Pakistan hosted more than three million Afghan refugees for decades, but it could not bear the additional burden of refugees.

Talking to media persons in his hometown of Multan, the Pakistani foreign minister said: "If the situation arises where more people need refuge, we will develop a plan first."

He expressed concern at the miscreants trying to enter Pakistan under the guise of refugees. "Our first attempt to deal with the situation will be to try and have Afghan refugees stay in Afghanistan," he said.

About peace in the region, he said "talks are under way with all stakeholders for regional peace". He said that he will be travelling to Tajikistan on Sunday to assist in the Afghan peace process. "After Tajikistan, I will go to Uzbekistan, where Prime Minister Imran Khan will join me," he said.

Foreign Minister Qureshi said the two countries have agreed on a discussion for peace in Afghanistan. He said the US secretary of state had acknowledged that Pakistan was a close ally and added that he would meet US special envoy for Afghanistan Zalmay Khalilzad in Uzbekistan.

Pakistan's envoy to Kabul on Saturday called on the international community to strengthen Afghanistan's security forces and warned that deploying militiamen to fight the Taliban would worsen the situation.

The Taliban have launched a blistering offensive across Afghanistan since early May, capturing a vast swath of the country as US forces leave the country after 20 years.

With the Taliban claiming to have secured the control of 85 percent of the country, several warlords have started mobilising fighters to defend their territory and back government forces against the Taliban.

However, Pakistan's Ambassador to Kabul Mansoor Ahmad Khan says this could make things worse. "If things translate into some kind of warfare between militias and Taliban, it will be dangerous," Khan said in an interview with AFP.

"Therefore, it is important that Afghan government's capacity to defend these attacks and these security challenges is strengthened."

On Friday, veteran warlord Ismail Khan – whose forces helped topple the Taliban in 2001 – vowed to back government forces fighting against the insurgents.

Khan said more international cooperation was needed in support of President Ashraf Ghani's government, which he said was a "legitimate government at the moment in Afghanistan".

"Therefore all the countries, the international community, have to extend all possible support to Afghanistan in dealing with the security challenges," Khan said.

He said a worsening situation in Afghanistan could trigger a fresh wave of refugees crossing into Pakistan. "If the situation continues to worsen and deteriorate in Afghanistan... there can be an influx of refugees because of very close cross-border cultural contexts and religious context existing between our two societies," he said.

"Our first effort or first focus is to avoid things going into that direction," he said, insisting that a political solution was the only way to resolve the conflict in Afghanistan.

"If there is an inclusive, broad-based and comprehensive political settlement, it will be in the interest of not only Afghanistan but all of Afghanistan's neighbours."