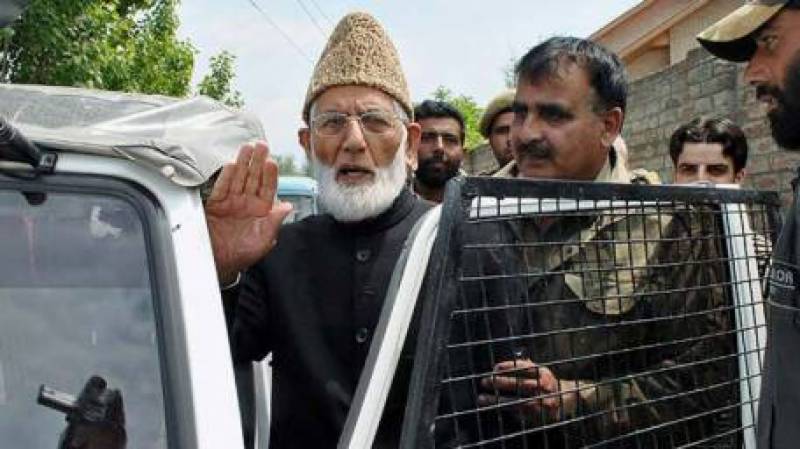 The police took Gilani into custody after he allegedly defied his house arrest, stepped out of his mansion and attempted to march towards the Jamia Masjid in Srinagar, Kashmir Media Service (KMS) reported.

The movement was triggered by the extra-judicial murder of Burhan Wani, the top commander of Hizbul Mujahideen, a Kashmiri insurgent organization. He was killed by Indian troops on July 8.

56 people have been killed so far in the unceasing volleys of bullets, pellets, and tear gas shells fired by Indian forces on the largely peaceful protesters.

Syed Ali Gilani told media persons before his arrest that he had asked the people to remain steadfast in carrying out the campaign for freedom.

“I appeal and stress upon people to remain persistent and steadfast so that the current movement can be taken forward successfully,” he said, adding “we will not budge even an inch this time as we have already sacrificed nearly sixty dear ones so it is high time for India to accept Kashmir as a dispute and start the process of its resolution.”

Occupation authorities have kept a strict curfew and other limitations in place in the Kashmir Valley for the 21st day, today, to stop people from protesting.