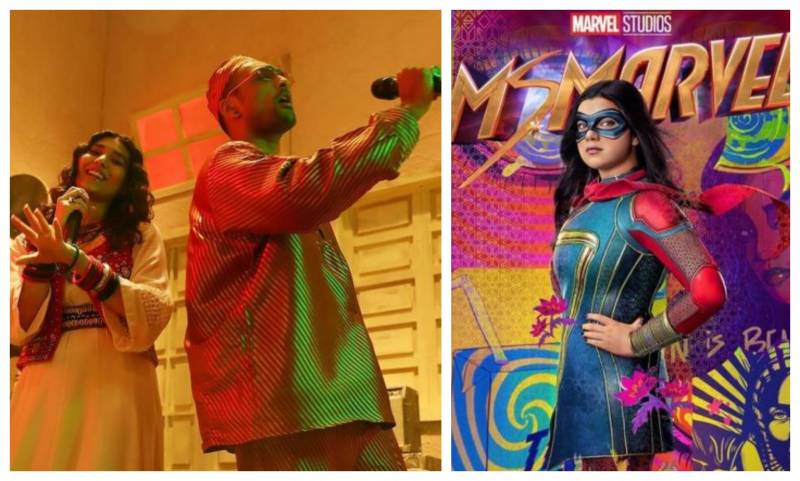 KARACHI – Coke Studio's sensation hit Pasoori's enduring popularity has cemented its status as the song of the year as it reached new heights by hitting 200 million views.

The groovy number has now been featured in Ms Marvel, a Disney+ series portraying the first Muslim and Pakistani superhero is currently making waves in Pakistan. A special cinema format version of the six-episode series has been created for Pakistan in three parts.

Pasoori has been featured in episode 4 the series, which is packed with spectacular visuals and thrilling debuts.

Ali Sethi also shared the news on Instagram. “did you catch us in @msmarvelofficial episode 4? Pasoori pow,” he wrote.

Earlier, The hit soundtracks of Pakistan’s first female rapper Eva B and Justin Bibis, who in their biggest breakthrough made their debut in Coke Studio, have also made it to the popular TV series.