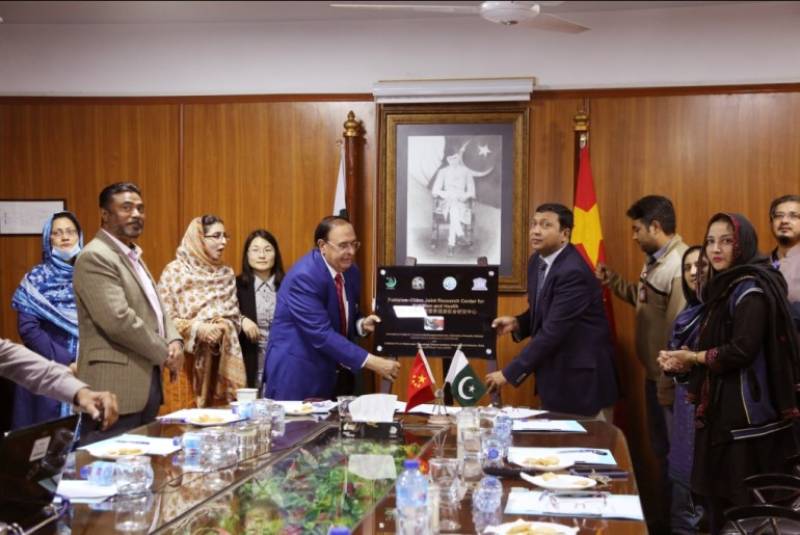 KARACHI - The Sino-Pakistan Joint Research Center for Nutrition and Health was launched in Beijing and Karachi, respectively, during a virtual ceremony on the sideline of the 2021 Sino-Pakistan Conference on Research and Application of Food and Medicinal Resources.

The Institute of Food Science and Technology (IFST) of the Chinese Academy of Agricultural Sciences (CAAS) and International Center for Chemical and Biological Sciences (ICCBS), University of Karachi, jointly launched the centre.

Dr. Atta ur Rahman, Chairman of Prime Minister’s Task Force on Science and Technology, said that the cooperation enhance the development of Traditional Chinese Medicine in China and Pakistan.

He said that the landscape of higher education, science and technology were presently undergoing a major positive change under various technology-driver projects in the country.

“There has been a huge 600 percent enhancement in the development budget of the Ministry of Science and Technology over the last three years and projects of over Rs100 billion have either been approved or are in the final phase of approval,” Rahman was quoted as saying by a publication.

Wang Fengzhong, Director of IFST, expressed that IFST would carry out projects under the MOU of Sino-Pakistan science and technology agreement signed this year, and research the medicinal and food plant resources and its benefits to human, to strengthen the traditional friendship between the two iron brother nations.

The 2021 Sino-Pakistan Conference on Research and Application of Food and Medicinal Resources is organized by Wang Qiong, vice director of SPCCTCM, professor of IFST of the Chinese Academy of Agricultural Sciences.

The launch of the China-Pakistan Joint Research Center for Nutrition and Health is part of the two iron brother nations’ cooperation in traditional medicine.