PTI emerges as winner in cantonment board elections 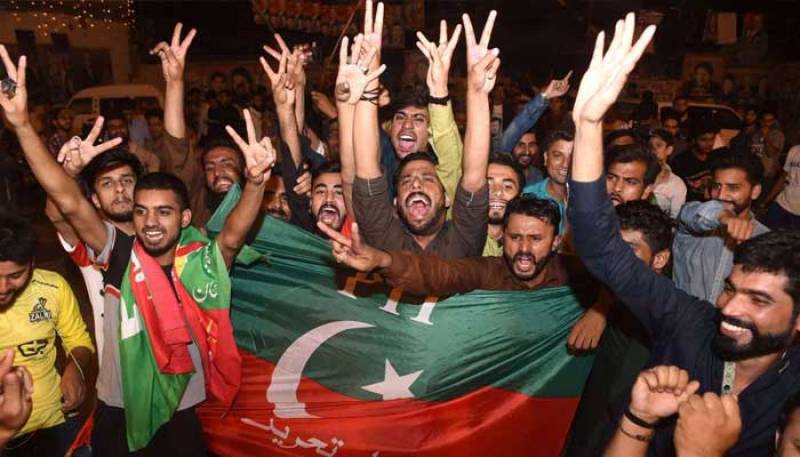 The ruling Pakistan Tehreek-e-Insaf (PTI) emerged as the leading party in the cantonment board elections held across the country on Sunday.

The number of seats won by the other political parties is as following: PPP 17, Jamaat-e-Islami seven and Awami National Party two.

Of the parties which are currently in alliance with the PTI, MQM won 10 seats and the Balochistan Awami Party two.

Earlier, polling for local government elections was held in cantonment boards across Pakistan, with 1,560 candidates contesting against each other in 206 wards.

Polling started at 8am and continued till 5pm without any break.

All leading political parties have fielded their candidates while the main contest is expected among the ruling Pakistan Tehreek-i-Insaf (PTI), Pakistan Muslim League-Nawaz (PML-N), and Pakistan Peoples Party (PPP).

The Muttahida Qaumi Movement (MQM) and the Pak Sarzameen Party (PSP) have fielded 41 and 33 candidates, respectively, in the cantonment boards in Karachi and Hyderabad.

Meanwhile, nationalist and religious parties, including the banned Tehreek-i-Labbaik Pakistan (TLP), are also contesting in all four provinces.

No polling is scheduled in Kamra, Cherat, and Murree cantonments. Besides, candidates have already been elected unopposed in several wards of various cantonment boards.