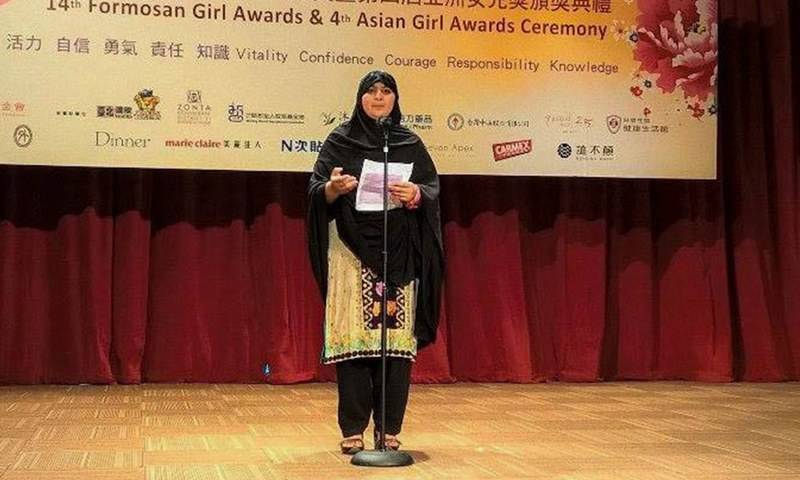 Hadiqa Bashir, a 14-year-old became the first Pakistani girl to receive the award.

Hadiqa was selected from among four girls for the award which was presented to her on the International Day of the Girl Child, which is also Taiwan Girls’ Day, during an event organised by the Garden of Hope Foundation and Ministry of Foreign Affairs, Taiwan.

Hadiqa dedicated the award to the lawyers who were killed in a suicide attack outside Quetta's Civil Hospital in August, and to Kashmiris who continue to face violence in India-held Kashmir.