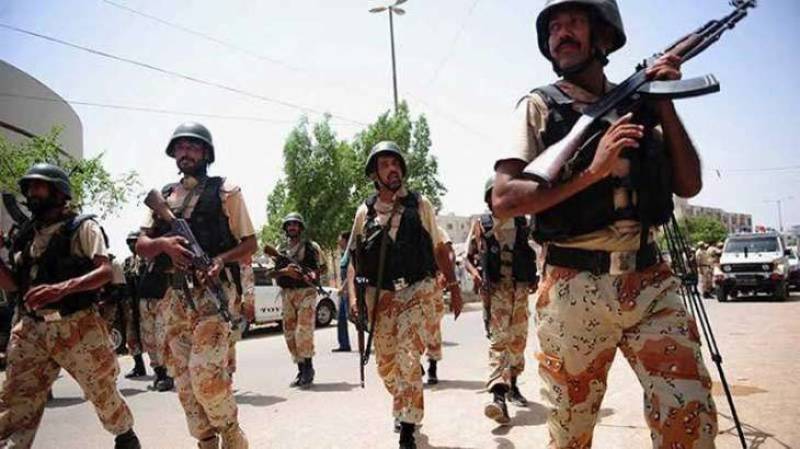 HYDERABAD - The Hyderabad Police and Rangers took out a joint flag march here Saturday to show their preparedness for the Muharram security.

The march was led by ASP SITE Aneel Haider while all the DSPs and in charge of the Rapid Response Force participated.

The march started from the police headquarters and passed through the localities of City, Latifabad and Qasimabad talukas before concluding at the headquarters.

Speaking on the occasion, the ASP said the purpose of the march was to create a sense of security among the people.

He expressed hope that like the previous year, the ongoing month ofMuharram would also pass peacefully.